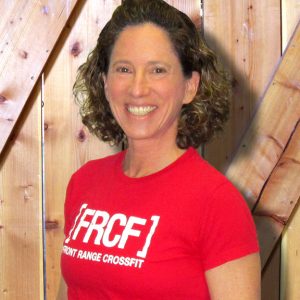 Jodi competed in Olympic Weightlifting and won the 2007 Colorado State title in her age and weight class. By 2010, Jodi had won the 58 kg, Master’s National Olympic Weightlifting Silver Medal. She was also ranked first nationally in the 53 kg, masters 40-44 in 2010. And Jodi had won the Best Lifter award at the American Masters that year. Jodi competed in the American Open in Dec of 2010 and was one of only 5 Masters lifters to qualify and compete in this National-level open competition.

In addition to Jodi’s fitness background, she has her Masters in Education and 7-years experience teaching art at the public school and college level. Jodi then persued a career in graphic design and was a Marketing Director for 6 years. Jodi now owns a website design company in Denver Colorado.