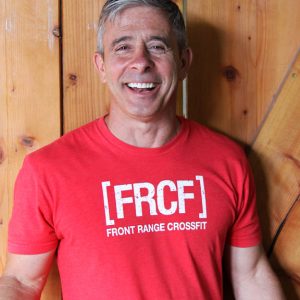 I found my new home at FRCF in April of 2009. Between the competitive environment and the dozens of sets of still rings, it was love at first sight. As any FRCF’er would tell you, with each passing day I grow more and more appreciative that I am able to train at a gym that has Skip and Jodi Miller at the helm.

I grew up in a household where we spent more time swinging on the high bar than playing ball.  Spent much more time with dad doing dips between chairs than sitting in chairs playing board games.  I received formal gymnastic training from Joe Greco, and later the infamous pair of Mr. Andrew Felice and Abraham “Gabe” Gabriel. Mr. Felice accumulated an overall gymnastic team record at Henninger High School of 212-12 with over 100 consecutive CNYCL victories.

Spent several years coaching under George Sabatka at the longstanding Westside Gymnastic School in central NY.  It would be difficult to count the numerous gymnastic scholarships Mr. Sabatka help students to earn. I’m certain it is well over 100.

Along with a deep respect for my former dedicated coaches, I have found that I have a sincere obligation to pass on what other have taught me.  I can usually be found in the gym, after a WOD, willing to help those who show an interest in developing their gymnastic skills.