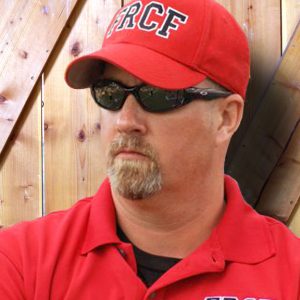 Skip is a three-time Ironman finisher, former collegiate swimmer and former Infantryman with the 10th Mountain Division. He currently competes in Weightlifting, Girivoy Sport and the occasional running race. Skip has been CrossFitting since 2003 and competed in the 2008 CrossFit Games as an individual. Skip is the 2010, 105 kg, Master’s Nationals Olympic Weightlifting silver medalist.

He has coached Volleyball, Swimming, Triathlon, Olympic Weightlifting and Girivoy Sport. Skip has been Coaching athletes in a variety of capacities for over 25 years.

All of the above is interesting information and I am happy to share with you my athletic history and qualifications. But what I am most proud of, and the information that matters most to you as a prospective FRCF member, is what I have accomplished as a Strength and Conditioning Coach. What I can do does not matter nearly as much as what my athletes can do.